Home Gossips The trio of Nitesh-Varun-Sajid will be seen again in 2022. Actor Varun Dhawan to work again in 2022 with the same Movie Maker’s of Judwaa and people around Varun informs that the movie is going to be an aspiring and the most special movie of his acting career. As per sources, the film will be produced by Nitesh Tiwari who made his debut with a film Chillar Party for kids and won the National Film Award the same year for best Children’s film. He also directed films like ‘Chichhore’ and ‘Dangal’. Varun has been waiting to work with Nitesh Tiwari for a long time now and finally things have fallen in place. Both of them are collaborating for a very unique movie this year and the workshop is going to start from February, 2022 for the same stated by a source. The source also mentioned that, “The film will go on floors from April this year in Mumbai from beginning till end in many different places. The group of three of Nitesh – Sajid – Varun are excited to commence work on this movie. Beside Producer Nitesh Tiwari’s movie Varun is also doing a movie under expert movie maker, Rajkumar Hirani’s banner. He will also be seen with Both DK and Raj, Family Man duo  in a web series directed by Russo Brothers, Avengers Fame.

Varun has a brilliant structure of releases with Bhediya, Jug Jugg Jeeyo, Rajkumar Hirani’s production and Nitesh Tiwari’s next. He is all ready to bang huge in the years ahead with an awesome line up.

He will also be seen in Ekkes directed by Director Sriram Raghvan. 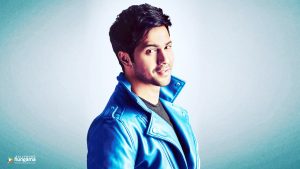 Actor has also been sharing consciousness between his followers on social media regarding the crisis the nation is going through. He is telling all his fans to take proper precautions and wear a mask due to the rising number of cases everyday in our country. Earlier to entertain and keep his fans worry free he shared a funny text on instagram  about everyone having friends in Mumbai is being tested positive.