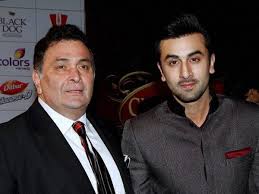 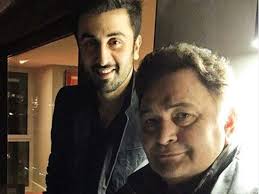 Leaving all family, friends, fans and the entire Bollywood shocked with his sudden demise, veteran actor Rishi Kapoor has left for his heavenly abode. The veteran actor, who was suffering from cancer and had stayed in the US for treatment for almost a year had returned to India after being cancer free.

We today came across a throwback interview of Rishi where he opened up about his son and his desire to see him married before he was gone. Opening up about Ranbir and Alia Bhatt, he reportedly said that everybody knows everything about them and that there is no need for him to confirm anything.

Talking about his desire to see his son Ranbir getting married before he is gone, Rishi added that he got married when he was 27 and Ranbir was then 35. He also stated that Ranbir can get married to anybody according to his choice and that he does not have any objection to it.

He said that whenever he is ready for it, they will be happy and that their happiness lies in his happiness. The veteran actor expressed his desire to spend time with his grandchildren before he was gone.

Further saying, that be it Ranbir or his contemporaries, actors have blinkers on and are focused on their work. The only women they meet are the actresses. They don’t socialise as much; that is the flipside of life in the movies.

Rishi Kapoor passed away this morning at the age of 67. He was survived by his wife Neetu Singh, son Ranbir Kapoor and daughter Riddhima Kapoor Sahni.