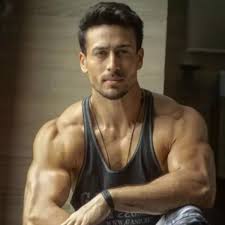 Tiger Shroff started his career from  ‘Heropanti’ 2014. Currently, he is doing very well in his career. Tiger is all set to come up with action packed movie ‘Heropanti 2’. Moreover, he impressed with his action-packed performance and dance moves also. The audience loves to see his action as well as his dance.
Nowadays, he is known as ‘bankable star’. So recently he told a news portal about being labeled as ‘bankable star’. He said ‘he feels when people look up to you for the work you do, it is important to be mindful of your actions.
According to him, if your conscience is in the right palace then you wouldn’t have to constantly worry about being right’.
Talking about the front, Tiger Shroff was last seen ‘Baaghi 3’ with co-stars Shardha Kapoor and Riteish Deshmukh. He was also seen greek God Hritik Roshan in War, which got amazing response from the audience and critics both.
His upcoming movie is ‘Heropanti 2’. This film will be the second installment of his debut movie ‘Heropanti’, The first look and poster of ‘Heropanti 2’ is already revealed.