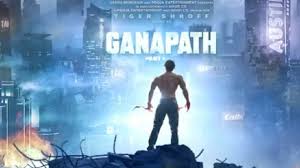 ‘Ganpath’, directed by Vikas Bahl will star Tiger Shroff. Taking to his Instagram, the actor has revealed about his co-star. She would be Kirti Sanon. The film will feature him as a Mumbai-based boxer, and is an underdog rags-to-riches tale with a strong father-son story as its backdrop. 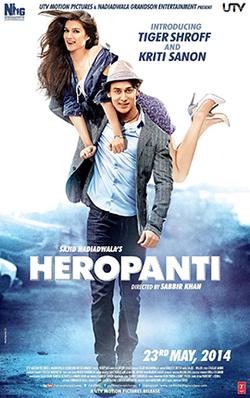 The duo had worked together in film ‘Heropanti’. Well, it seems that Tiger is super excited to work with Kriti and he calls him ‘bundle of talent.’ Tiger and Kriti have made their debut from the film ‘Heropanti’.

On the other hand, introducing herself as Jassi, Kriti Sanon wrote, “Meet JASSI !! Super Duper Excited for this one!! Teaming up once again with my very special @tigerjackieshroff! Can’t wait for the shoot to begin! Lets KILL it! #Ganapath #VikasBahl #VashuBhagnani @jackkybhagnani @deepshikhadeshmukh #GoodCo @pooja_ent #PoojaEntertainment.”

In the video, Kriti is seen sitting on her bike. She is wearing black top with ripped jeans. Her hair is open with a little curls in them. Tiger had released his first look from the film back in November 2020. The film is directed by Vikas Bahl and produced by Vashu Bhagnani, Deepshikha Deshmukh, Vikas Bahl and Jackky Bhagnani.

Tiger has been seen in many blockbuster films. Some of them are Baaghi, Student of the year, War etc.

Kriti has been seen in many films with different co-stars. Some of her popular films are Luka Chupi, Raabta, Dilwale.

They both were seen together in the film ‘Heropanti’ that came in 2014. It was directed by Sabbir Khan and produced by Sajid Nadiadwala.