The trailer of Sooraj Pancholi and debutant Isabelle Kaif starrer ‘Time to dance’ was released by T series on Thursday. The movie is set to release on March 12, 2021. ‘Time to dance’ features Bollywood actor Sooraj Pancholi and Katrina Kaif’s sister Isabelle Kaif. This project will mark the Bollywood debut of Isabelle. Few days back the posters of the dance-drama were made public with which the release dates were officially announced. On Thursday, Tseries launched the trailer of the movie.

In the trailer Isabelle Kaif is seen playing the role of a ballroom and Latin dancer. Sooraj will play a street dancer in the film. The movie is set in London and overall the trailer shows that the movie revolves around a dance competition. Isabelle plays the role of a character named Isha. Inorder to save her dance academy she has to win a dance competition. Unfortunately, she meets with an accident and due to her injury her lover William leaves her and goes ahead in the competition. On the other hand, Sooraj plays a character who had already fallen hard for Isha. He decides to help her win this competition. With an aim to win the dance competition, both the actors work hard. The climax of the movie will reveal if their hard work pays of or not. In the trailer, both the actors have done a good job at portraying what they were given. Audience can clearly see the duo’s training and hard work to make their moves perfect. Though the overall look of the trailer could have been better as the expectations from the movie got high after the release of the posters. 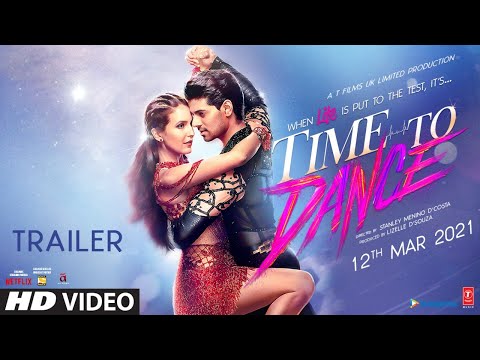 ‘Time To Dance’ will premiere on Netflix and is the first hindi film to show ballroom and Latin dance forms. On 22nd February 2021, T series shared a glimpse of the first look of Isabelle and Sooraj’s characters. Along with the posters the makers also announced that the movie will release on March 12, 2021.

The movie is directed by choreographer-turned-director Stanley Menino D’Costa and it is also the directorial debut of Stanley. It is being produced by Remo D’Souza’s wife Lizelle D’Souza.

Apart from this project, Isabelle will also star opposite actor Pulkit Samrat in the movie ‘Suswagatam Khushaamadeed’. She will also feature in ‘Kwatha’ alongside Aayush Sharma. Sooraj Pancholi who was last seen in Satellite Shankar will star in a biopic hawa singh which is based on the life of Honorary Captain Hawa Singh.