Home Latest Buzz Trailer of Kabir Singh is Out! Get ready to watch Intense Love... The most awaited film ‘Kabir Singh’ has launched their trailer today. This film features Shahid Kapoor and Kiara Advani in the main lead and it is a Hindi remake of Telugu blockbuster Arjun Reddy, which has starred Vijay Deverakonda in the lead role. Kabir Singh is directed by Sandeep Vanga. 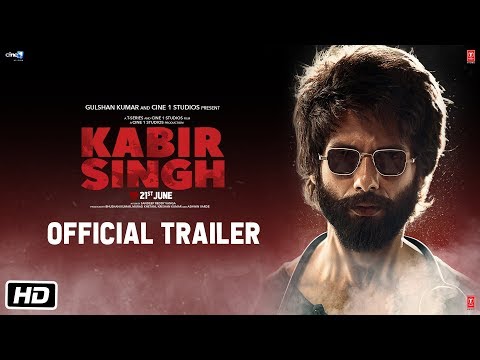 Talking to the PTI, Shahid said, “The original was very raw, very honest. I don’t think there was anything in the film that was for effect. I just felt it said things as it is and was a brazen journey of a character who goes through an emotional arc which is extreme.”

“The honesty of the film connected with the audience. Otherwise, for a film like that, there would be a limited audience. But it was loved across the board. The idea is to do it all over again,” he also added.