Akshay Kumar, Emraan Hashmi, Nushrrratt Bharuccha, and Diana Penty were among the Selfiee lead cast members who appeared in elegance for the premiere of the movie’s trailer. Additionally invited were Prithviraj Sukumaran and Karan Johar. Akshay and Emraan will work together for the first time on the Raj Mehta-directed film. Nushrratt Bharuccha and Diana Penty also play significant parts in the movie. The 2019 Malayalam movie Driving License, featuring Prithviraj Sukumaran and Suraj Venjaramoodu, is officially remade as Selfiee which was a great success at the box office. At a gathering in Mumbai earlier today, the Selfiee team was spotted releasing the highly anticipated trailer. The protagonists of the tale are celebrity Akshay and actor Emraan, who is playing an RTO officer. Akshay is a superstar, and Emraan and his kid are “crazy fans.” However, when Emraan tells Akshay to report to the RTO facility at 7 am for his driver’s licence, everything turns upside down. The two eventually come to blows with one another, and their altercation only gets worse. Additionally, the trailer contains a few strong punchlines that are sure to make you laugh. The actors Akshay and Emraan’s rendition of Main Khiladi Tu Anari has also been teased by the film’s creators. The viewers are very happy with the trailer and there are overwhelming reactions from the viewers end too. Akshay alongwith other caste enterned in a phenomenal stylish and different clothes. While the event was going on there were many interactive sessions where Karan and Akshay shared various tales and stories. In a phone chat, Akshay discussed Prithviraj Sukumaran’s driving record, according to Karan Johar and he said that it was in the year 2010. Well seems like a long way of immense and tough journey alongwith discussions and various aspects. The trailer definately looks amazing and we are waiting for the film to get onboard. 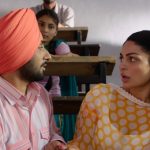 Songs from Kali Jotta amuses and soothes our hearts. These are the two tracks which are making audience fall in love.
Next Article 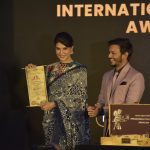