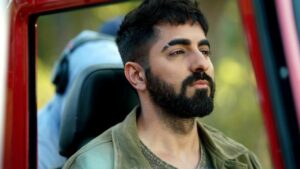 Anek, the most talked project of the year gets it’s second trailer unveiled. The trailer is totally an action trailer in which the filming and picturization has done in such a way that it gives the audience nothing but just excitment and thriller. In the trailer Ayushman who is potraying the role of a undercover cop is seen being interrogated by the army officials of East-India who are instructing Ayushmann to read out all the demands that the East-Indian officials had. Ayushmann specks out and in return attacks them, and the scene looks really fascinating as Ayushmann was trapped and the fight-back came as a suprise element which gave goosebumps to the fans. The sleek action moves of Ayushmann in the trailer is worth an applause. Well this will be the first time Ayushmann is playing an undercover agent.

It’s the first time the public will see me in this persona,” Ayushmann Khurrana stated regarding his role in the upcoming film “Anek.” I’ve previously played a cop, but this will be the first time they see me go undercover. Joshua is a street smart and intellectual character in Anek. He understands his way around people and is capable of fighting evil individuals not just physically but also mentally. I was quite excited to try my hand at playing Joshua since it provided me the opportunity to attempt something new. With each picture, I owe it to my audience to provide them with fresh experiences” he cited further. 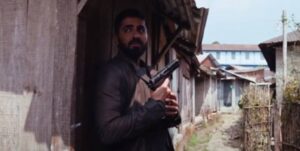 Well Ayushman Khuranna who is well known for doing movies which break social stigmas by way of movie, is now trying his hands in action triller as an undercover cop. Well it will be an immense pleasure to watch him in this brand new avtar. Well the movie is helmed by Anubhav Sinha who has previously worked with Ayushmann for the amazing movie Article 15. Some of Ayushmann’s works are Dream Girl, Chadigarh Kare Aashiqui, Andhadun, Subh Mangal Zyada Savdhaan, Bala, Badhaai Ho, Vicky Donor etc.