The Goodbye trailer, which features Amitabh Bachchan and Rashmika Mandanna, suggests that the film would be a spiced up family drama with a dash of humour. In the three-minute teaser, Neena Gupta’s character—who plays Bachchan’s wife and Mandanna’s mother—is shown in the plot after she has died away. Even though the idea seems tragic, the movie handles the same material with humour. The movie presents us to a variety of individuals whose dialogues could sound incorrect if delivered alone yet make perfect sense when stated in the context of their settings, much like Pagglait and Ramprasad Ki Tehrvi.

The main concept of this seems to be the conflict between the father and daughter, as portrayed by Big B and Rashmika. The movie also stars Elli Avram, Sunil Grover, Pavail Gulati, and Ashish Vidyarthi. The family drama movie is an endearing story that highlights the highs and lows, upheaval, intrigue, and love that exist in every family.Rashmika makes her cinematic debut in Hindi with Goodbye. The actor’s most recent appearance was in Pushpa: The Rise, a well-liked Telugu movie in which she appeared alongside Allu Arjun. Rashmika became well-known throughout India as a result of the movie’s success, which was a national phenomenon. Along with Sidharth Malhotra, Rashmika will also be seen in the Hindi flicks Animal and Mission Majnu. Amitabh Bachchan had also shared a vedio announcing the release date of Goodbye on his instagram.
Balaji Motion Pictures, Saraswati Ent Pvt Ltd, Viraj Sawant, and Vikas Bahl are the producers of Goodbye. The movie, which Vikas Bahl both wrote and directed, will debut in screens on October 7. Films directed by Bahl include Super 30, Queen, and Shaandaar. During the #MeToo movement, Bahl was accused of wrongdoing, but a Super 30 producers’ internal probe cleared him. Well this recent movie of Amitabh and Rashmika is really awaited as the trailer shows up something which is really exciting and which is connective. 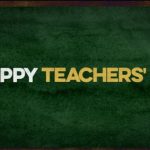 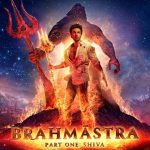