The initial trailer for the forthcoming crime story Hush Hush on Amazon Prime Video has been released. It covers the stories of four extremely wealthy women who become involved in a murder conspiracy, giving off strong Big Little Lies undertones. On September 22, the series will be released. Ishi Sangamitra, a prominent lobbyist (Juhi Chawla), Saiba Tyagi, a former investigative journalist (Soha Ali Khan), Zaira Shaikh, a self-made clothing developer (Shahana Goswami), and Dolly Dalal, an incarcerated in society (Kritika Kamra), all become involved in a horrific situation one night. Ishi appears to be more knowledgeable than she is admitting, but nothing can get her to tell the truth. She asks her companion Meera (Ayesha Jhulka) for assistance, but she appears to be hiding something. Young officer Geeta, played by Karishma Tanna, is entrusted with solving the numerous mysteries. People are slapped, floating dead bodies materialise, hands holding lip gloss shake, and lies upon lies are told. It’s impossible to overlook how similar the phrase “landed on a murder conspiracy on a nice night out” is to the HBO series Big Little Lies. Five women take part in or witness a murder that is investigated throughout the course of the first season in the Emmy-winning show. Meanwhile, much darker secrets from their everyday lives are also revealed.
Well something fascinating and different which fans have been waiting to see. The trailer had definately been a catalyst which will act as catalyst. Tanuja Chandra, the series’ director and executive producer, is behind the seven episodes. Two episodes are directed by Kopal Naithani, and one episode is helmed by Ashish Pandey. The narrative and other stories were written by Ashish Mehta, while the riveting story was written by Shikhaa Sharma, who also functions as executive producer. The dialogues were written by National Award-winning author Juhi Chaturvedi (Gulabo Sitabo, Piku, Sardar Uddham Singh). Beginning September 22, Hush Hush, a production of the Vikram Malhotra-led Abundantia Entertainment, will be streamable for Prime subscribers in India and 240 other countries and territories. 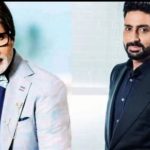 Abhishek Bachchan suprises Amitabh by visiting his work place. Deets inside.
Next Article 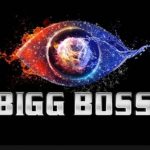 The following contestant to be seen in Big Boss? Read deets inside.