The finest producer and filmmaker Prakash Jha, who has given Bollywood blockbuster movies about political and social issues, will soon be seen in full acting mode in the movie Matto Ki Cycle. Jha’s good and true stories show people the mirror of society on the big screen (Matto Ki Cycle). In this Prakash Jha is portrayed as a worker whose world revolves around a cycle.When Prakash Jha was offered this position, he quickly and unhesitatingly accepted. “The story of the film broke my heart,” says Prakash Jha of the movie, “it is the tale of such helpless workers who build great highways, roads, and bridges, but their own lives are stranded between such difficult roads.” Only the black night of pain endures for those who have no destination.

Prakash Jha cites “When Ghani, the film’s director, requested me to play the lead character of Matto and presented me with the script, I not only said yes to performing but also offered to help with the production,” he stated. “This is the story of a daily wage worker and their family, where their cycle is what they love most,” says director M. Ghani.

The family of a daily worker, who loves nothing more than his or her cycle, is the subject of this tale. Despite the fact that the movie is about a current issue, its setting, characters, and events are taken from my own life. The movie was filmed in Mathura. The story “Mattoo Ki Cycle” is a true tale and realistic overview of how things in real life. Matto works as a daily wage worker and commutes into the city by bicycle to support his family of four.The movie describes how he and his family talk about the little joys in life. Will Matto finally be able to realise his desire of purchasing a new cycle, or will his life change? Well the trailer has been revealed and now we are eagerly waiting for the full fledged film otto be released. 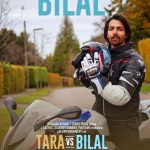