The highly anticipated trailer for the second season of “The Fabulous Lives of Bollywood Wives” was released on Friday by Bollywood film director Karan Johar and Neflix’s official instahram page. The “Ae Dil Hai Mushkil” filmmaker posted the teaser to Instagram along with the statement, “The trailer of #FabulousLivesOfBollywoodWives is here and it’s your sneak peak into the glamour and grandeur of Season 2, airing from the 2nd of September, only on Netflix.” The women are prepared for a furious season 2 with star-studded cameos, mouth-watering getaways, ground-breaking battles, and tonnes of sizzling gossip! These 25-year friends are prepared to start a new chapter in their lives as they confront lies, love, and life beyond 40. The success of Season 1 of “The Fabulous Lives of Bollywood Wives” spans geographies; this type of unvarnished authenticity has not been done in a while and it’s what contributed to the show’s popularity, according to Apoorva Mehta, CEO, Dharmatic Entertainment. If the programme returned, we at Dharmatic Entertainment understood it would be bigger and more advanced, and that’s what is season 2 of this series. The collaboration with Netflix to bring The Fabulous Lives of Bollywood Wives to life has been rewarding, and we hope viewers everywhere will enjoy the upcoming season!The new season of the show will premiere exclusively on Netflix on September 2, 2022.The Karan Johar-produced programme will highlight some well-known Bollywood stars’ daily activities and opulent lifestyles.While fans have been eagerly awaiting the second season of the show since its debut in November 2020, the first season received a lot of negative feedback on social media. 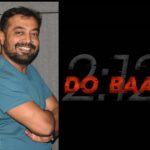 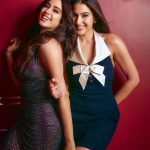 Sara Ali Khan and Jahnvi Kapoor to collaborate? Deets inside.