Shah Rukh Khan is preparing up for a comeback unlike any other, with not one, but three films planned to hit theatres in 2023. Shah Rukh Khan and Atlee’s film has finally been given a title, and it will be released in 2023, according to sources. Jawan is the title of the action-packed entertainer starring SRK and Atlee, according to our sources. “After debating and evaluating at least 25 ideas,” a person close to the production house revealed that, “Shah Rukh Khan and Atlee have agreed to title their upcoming as Jawan.”Not only that, but the dynamic combo is slated to reveal Jawan in a few days with a teaser. “For Shah Rukh Khan fans, it’s 1 minute 34 seconds of pure swag. It features Shah Rukh Khan in his most massive avatar to date, and fans will be awestruck by this minute and a half look of the superstar ” the insider further stated. The Shah Rukh Khan and Atlee film is set to hit theatres sometime between January and December 2023, giving fans a threefold dosage of Shah Rukh Khan. We’ll aslo see Nayanthara, Sanya Malhotra, Sunil Grover, and others star alongwith Shahrukh Khan in Jawan. Well Shahrukh’s fan can no longer wait to see Shahrukh back on screen after so long. It seems that the King Khan of Bollywood is all set to set the screens on fire after a break. This is the most amazing comeback isn’t it? Well Sharukh has won millions of heart over decades. From the beginning till the journey of becoming the King of Bollywood is just as fascinating as his movies. Sharukh has lined up Pathaan which is the most anticipated film after Jawan. Well he will also be seen in a cameo role in Brahmastra and Tiger 3 along with Ranbir Kapoor and Salman Khan respectively. 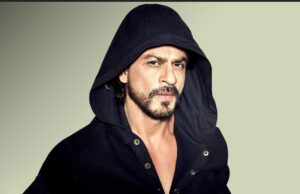