The long-awaited theatrical trailer for Nikhil’s supernatural suspense film “Karthikeya 2” is now out and the trailer is launched by none other than “Vivek Agnihotri”. This movie, which Chandoo Mondeti wrote and directed, is anticipated highly. It has been postponed numerous times, but it will eventually premiere on August 13th. The trailer has many heart-pounding moments and a wonderful visual style. The movie, which is set against the backdrop of the Dwaraka Temple, centres on an unsolved mystery that Nikhil, playing the role of Karthikeya, decides to investigate on his own. The makers appear to have made no compromises, and the aesthetics are just stunning. The trailer was elevated by the background music, which really increases your interest. Chandoo Mondeti is renowned for managing such fascinating initiatives, and he appears to be in charge of a winner. Nikhil has a good appearance and is ideal for the part, as expected. Both Anupama Parameswaran and the other artists made their presences known. Fans are excited to learn more about “Karthikeya 2” because it has been a while since we witnessed a thriller with so much intrigue. “Karthikeya 2” will undoubtedly become a big hit if the movie is as wonderful as the trailer. Along with Telugu, it is also being dubbed in Hindi, Tamil, Kannada, and Malayalam. In the movie “Karthikeya,” Nikhil Siddharth will portray the title character, and Anupama Parameswaran will play Mugdha.Anupam Kher, a renowned Bollywood actor, will portray Dhanvantari, and Srinivas Reddy will play Sadananda. Aditya Menon will play Santanu, and Harsha Chemudu will play the part of Suleman. Together with Abhishek Agarwal, TG Vishwa Prasad produced this film. The music is composed by Kaala Bhairava, and Anupam Kher plays a crucial part. Karthik Ghattamaneni is the cinematographer on this movie, which is being worked on by Vivek Kuchobotla. 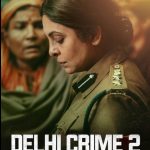