While bollywood is known for making amazing and intrusive tales. The industry is known for experimentation and cultivating something out of the box everytime and yet another project which is totally new, different and sounds much fun is ready to be on board. Well yes, we are speaking of The Tenant which stars Shamita Shetty in the pivotal role. Well for those who are unaware the movie is an Hinglish film which means we are going to witness the dialogues which will have the combination of both Hindi and English pitches. Well the trailer for the movie has been revealed. The glimpse began where in a mother calls “Bharat” her son to wake up and as an ideal household middle class family does, Bharat too follow those basic daily life schedule. We see a society which comprises of several families belonging to different sources. The twist arises at a point where in while having a society gathering, Shamita comes out from a car, alone. Well these people outrage the old thinking about women who wear one pieces, and who have coloured hairs. Then controversies started happening about who Shamita was and where did she come from. A group of women murmur about she living alone as the society thinks it is ine inevitable for the women to be alone and if she is matured, she should get married. Shamita somehow finds a an armour amidst rods. Among different people who kept chatting about Shamita, included a group of young boys in which even Bharat was included. Bharat stood for Shamita and even warned the boys that they personally don’t know her, while boys continued judging her. Bharat started to develop a close friendship with Shamita. They two started hanging out together and there it was all dark again and this dark twist is definately worse for Shamita. Bharat found out that Shamita was a huge renowned personality and something happened that led Shamita to stay here with these people. Her character definately is named as “Sonia” and who Sonia was, is still unknown to us. We see an grumpy man who jumped in and said he knows all about “Sonia”. So is it a story of a successful person who was led down by an MMS Scandal or there is some twist in it. Well for further details we really are waiting for the movie to get on board. The movie will release on 10th February. 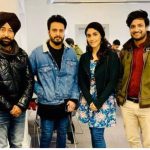 Tu Hoven Mai Hovan to be released on this date. Read details.
Next Article 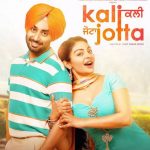