Where since last few days Neena Gupta and Sanjay Mishra were continuously sharing poster and reels together, today the trailer for their upcoming film has been released. Well in the movie Sanjay and Neena are playing husband and wife, and to not keep you waiting let us tell you that we are talking about thriller drama movie Vadh. In the movie Sanjay’s persona is named as Sambhunath Mishra and Neena’s persona is named as Manju Mishra. Alongwith these stars, we will see many other stars like Manav Vij, Saurabh Sachdeva etc.

Sambhunath and Manju are the couple but they are two different person pursuing different ideologies. As potrayed in the trailer Manju is a very spritual person and feels like animal killing should not be done. But on the other hand Shambhunath has committed a murder , and after murdering he has cut down the body pieces and some pieces was burnt by him and some was turned into powder. Well through the trailer it seems that murdering was the last option the couple could have done and they even say that they have not murdered anyone. Towards the end of tha trailer it’s also seen that Shambhunath can even murder his wife Manju, but it’s not yet confirmed.
Trailer is really different and it will anyhow catch your attention. The movie is directed by Jaspal Singh Sandhu who has previously produced Punjabi movies like Angrej, Love Punjab, Vekh, Baratan Challiyan and many others. The producer for this venture is Luv Ranjan and Ankur Garg. After Seeing the trailer the anticipation has highly increased regarding the movie. The movie is slated for release on 9th of December and hence is slated for clash by Pippa in which we will see Mrunal Thakur and Ishaan Khatter. The movie will also clash with Shadow Assassins too. Well let’s see which movie audience prefer to watch and which will be a blockbuster movie. 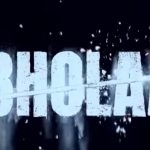