Hritik Roshan and Saif Ali Khan’s much awaited and anticipated venture Vikram Vedha’s trailer got unveiled today. The trailer left fan in much of illusionary world. The original version which was in Tamil and was released in 2017, had R Madhvan and Vijay Sethupathi in pivotal roles and now in the Hindi version we have Hritik Roshan and Saif Ali Khan in pivotal roles. Both the original and the remake is the venture by Pushkar Gayathri. Saif will be seen in a potrayal persona of policeman as Vikran and Hritik will be seen in the gangster persona as Vedha. Saif has earner massive respected for his rugged characters liek Tanhaji and Omkara and this time Saif is seen in completely different and positive persona. On the other and Hritik’s character potrayal till now has been sophisticated and decent but this time he is playing the role of a gangster. But will this persona of Hritik is really a negative one? Will this character be self sophisticated and make harm to other? All the bad things which we actually see are bad in real? It’s confusing right, so as the trailer of Vikram Vedha. The trailer had played with the minds and left audience at such a point that they are dieing to see the movie and the tale and whats the scriptural and how it proceeds
Well there might be a lot more elements of suspense a lot more magic in the story and a lot more twists and turn. Saif being a police officer is seen stating the encounter as correct option but on the other hand Hritik may not like the way he works. The original verse’s character of Vedha was loved a lot and now it is yet to watch whether fans would love Hritik in this persona and whether Vikram potrayed by Saif will be loved by fans as well. 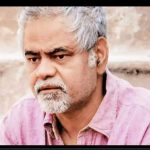 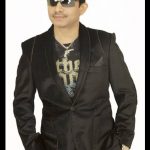