After considerable expectation and enthusiasm, Samantha’s debut Hindi theatrical, Yashoda, teases the story of a pregnant woman fighting against the odds in an action drama while contrasting the dos and don’ts of maternity. With the massive breakthrough of “Oo Antava” from Allu Arjun’s Pushpa and the astounding response to the highly regarded show The Family Man, Samantha became the talk of the country and is now one of the top female actors in India. Samantha’s Bollywood debut has generated a lot of interest and excitement among viewers nationwide. Although the actor hasn’t yet entered Bollywood, her upcoming movie Yashoda will be her first Hindi premiere because it will be released in theatres in five different languages, including Hindi.The teaser for Yashoda was released by its creators, giving viewers their first look at the bizarre yet alluring Yashoda world. In the action thriller’s teaser, Samantha challenges the pregnancy dos and don’ts while packing a wallop and being pursued by someone. The scene is set in a gynecologist’s office with a pregnant woman. The teaser commits to raise interest in the nail-biting action thriller that will take place on the edge of the set by piqueing attention just enough without giving away too much. Yashoda, a Sivalenka Krishna Prasad production with an intriguing idea, is being released in Hindi, Tamil, Telugu, Kannada, and Malayalam in addition to being widely distributed.The movie, which also stars Samantha, Varalaxmi Sarathkumar, and Unni Mukundan, reveals yet another facet of the actor’s ability.Yashoda hired a skilled squad that included Mani Sharma for songs, M Sukumar for cinematic, and Marthand K Venkatesh as the editor. They were supported by a strong technical crew. Yashoda, a film helmed by Hari and Harish, will be released this year and is being produced by Sivalenka Krishna Prasad under the Sridevi Movies label. 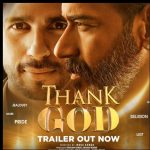 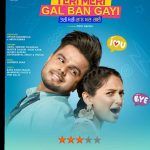