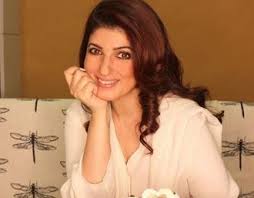 Twinkle Khanna is a social media user. She might be away from the silver screen, but she never fails to treat her fans with her witty posts and pictures on social media. The actress recently took to her Instagram to share the glimpses of an interesting chat she had with her fans some 25 years ago.

The actress has predicted she will have a husband, two kids a dog. Five years after this conversation, Twinkle got married to Akshay Kumar. She has two kids- Aarav and daughter Nitara.

The post was captioned as “This was around 25 years ago. A transcript of my first live chat, I had gone to the Rediff office I think to do this. Two decades later, have the two kids, a dog and even a husband, though at that point from this chat, it seems like I was not sure if I wanted one:) Nothing else seems to have changed, I still read, have a candle business and keep breaking a leg.”