Akshay Kumar and Rakul Preet Singh will embrace the new season’s first episode of The Kapil Sharma Show. Sony TV India has recently taken over their instagram and shared a teaser from the show where Akshay Kumar was seen making fun of Kapil Sharma but jot on a serious note. Kapil complimented Rakul for her good works and in return Akshya repiied “Nazar Laga dega”. Akshay Kumar also said that it’s because of “Kapil’s Nazar” that his films aren’t working now. Kapil and Akshay earlier had shared the same bond wherein Akshay’s regular appearances was in news regular. The Khiladi actor has always been into news because of his speed of completing films and the number of movies he does. Seems like it will be a fun start of the new season the most famous brothers’ duo will betogether again. With Saugandh,Akshay Kumar started his profession in 1991. The movie Khiladi, premiered in 1992, was his intial box office hit and the beginning of the Khiladi movie franchise. [7] Yeh Dillagi (1994), Dhadkan , Andaaz , and Namastey London are some of his romantic comedies (2007). In Hera Pheri , Mujhse Shaadi Karogi , Bhool Bhulaiyaa (2007), and Singh Is Kinng (2008), he had humorous roles. Ajnabee and Garam Masala (2002, 2003) earned Kumar Filmfare Awards. He was well-received for Special 26, Baby , and Airlift , and for his performance in the thriller Rustom he won the National Film Award for Best Actor . Further attention was drawn by the social dramas Toilet: Ek Prem Katha , Pad Man, and the military drama Kesari (2019), which featured themes of Indian nationalism.
The Kapil Sharma Show is hosted by Indian stand-up entertainer, television host, actor, and producer Kapil Sharma. In the past, he served as the host of the comedic television programmes Comedy Nights with Kapil and Family Time with Kapil. His brand new season of The Kapil Sharma Show will be starting from 10th September. 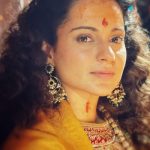 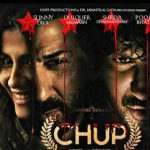