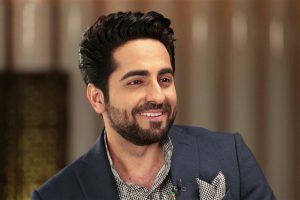 yushmann Khurrana has increased his fees after awarded the national Film Award. He won this award in the best Actor category.

Ayushmann Khurana has recently released films like Andhadhun and Badhai Ho and these films were appreciated by the audience. There is report that Ayushmann Khurrana is now charging a huge amount of around rs 3.5 crore for an advertisement.

According to the mid-day report, Ayushmann used to charge 90 lakh to 1 crore for one of his advertisements. But now Ayushmann’s team has made it clear that they will not do any  advertisement for less then Rs3.5 crore. After increasing the fees for the advertisement of Ayushmaan, it is bellieved that he can increase his fees in films too.

Talking about the film graph of Ayushmaan he has given hit films one after the other. After giving many hit movies it is okay to increase the rates. But the huge and drastic hike in his fees is surprising the industry.

If you talk about the work front of Ayushman now his upcoming film is Dream Girl, for which audience are excited. The trailer of this movie is getting splendid response.,  Nusrat Bharucha, and Anu Kapoor, Vijay Raj , Abhishek Banerjee Nidhi Bisht or Rajesh sharma will be seen in this movie and have an important role in this film This film is directed by Raj Shaandilya. The film will be released on 13 September. Everyone is very excited for this film.