The story of Babli (Tamannaah Bhatia), a small child with innate physical strength, is told in the film Babli Bouncer. She consumes 12 parathas without difficulty and downs glasses of lassi without pausing. She plays into every preconceived notion you could have of a “desi” girl from a rural area of the Hindi-speaking world. Check for a Haryanvi accent! English language difficulty, check! After being hired as a security at a bar in the nation’s capital, Babli relocates to Delhi. She quickly discovers motivation in life, which doesn’t stop with wedding or having children, despite the fact that her goals are not her own. There are no significant twists or turns to the story’s basic narrative. It would have been interesting to show their journey and hardship in a movie on female bouncers. However, Bhandarkar only provides a love triangle that brings sorr of differnece to the narrative. With Babli Bouncer, the director seemed to have caved in and followed a particular “formula.” The narrative sort of attracts its core in an effort to remain humorous and “woke.” Tamannaah Bhatia and the supporting cast’s effort to improve the screenplay writing with their acting abilities, it is sort of attractive how it compels you to care about their story.

Tamannaah is quite funny. She portrays Babli with the genuine innocence that comes to her. Although it takes some getting used to Tamannaah as Babli at first, she emerges into her own around 15 minutes into the film. Sometimes the dialogues offer the much-needed oomph, making us laugh. The film’s gender issues, however, are contradictory throughout. The movie’s soundtrack also doesn’t offer much to improve the overall experience.Bhandarkar, Madhur The film definately is slated to have a 3.5 stars out of 5, keeping the storyline, screenplay, message and connectability in mind. The film definately has that element of Bhandarkar’s essence and it definately reaches to audience’s heart 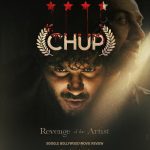 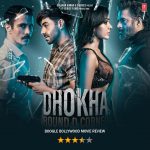