On 9th February, Priyanka Chopra Jonas’s memoir ‘Unfinished’ released, in which the actress had revealed many up’s and down’s of her life. In an interview with a channel she opened up and talked about the reasons as to why she kept quiet about the unpleasant incidents that happened to her in the film industry. The 38 year old global star Priyanka Chopra Jonas has released her new book. She is more outspoken in her new memoir as she openly wrote about some of the most disturbing events that took place in her life. Talking about the incidents, she stated that she was insecure back then, hence she did not talk about it. She only concentrated on her work.

In her memoir, the actress told that a director once told her that her panties should be visible otherwise why would people come to watch her film. After listening to such comments she walked out of the film.

While replying to a question by Entertainment Tonight about the same, the actress said that, “I may have walked away from the project because of how he spoke about me or spoke to me… He didn’t see me as an artist bringing something to the table, he saw me as an object for titillation. That’s it. That’s all I was there for. It makes you feel small. As much as I walked away from the movie because it made me feel that way, I didn’t do anything about it. I didn’t say anything about it because I had to work within the system. So I put my head down and I worked within the system.” 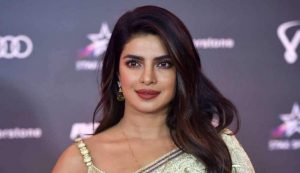 Explaining further Chopra further said, “Why did I do that? Because I had insecurities. I was scared. I was trying to make a career at that point. I didn’t want it to be taken away from me. Girls are told, ‘You don’t want to attract the wrong kind of attention. You don’t want to be hard to work with. You gotta smile and everything is alright.’ I did that for a really long time because I was insecure. It’s okay to be insecure. No one is perfect. No one can live in black or white. Everyone lives in grey and that’s okay.”

The actress also wrote about a director who wanted her to get plastic surgeries for her jaw, breasts, and hips. The actress also talked about how she faced xenophobia and bullying at the initial stage of her career in America as a singer. 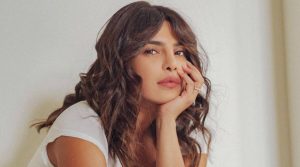 ‘Unfinished’ takes the reader on a journey through Chopra’s life. Right from the Miss World pageant to Bollywood and making a career in Hollywood. It also tells the readers about other details of her life.