The story of actor-turned-critic Kamaal Rashid Khan, also known as KRK, has recently taken a dramatic turn. A tweet from his verified Twitter account stated that his life was in danger less than a day after he had been granted bail in the case involving the offensive tweets. The tweet appears to be from Faisal Kamaal, KRK’s 23-year-old son. The authenticity of the tweet and the legitimacy of the implied threat have not been confirmed, though. Well is it true? The account witnessed certain movemen today after being idle and inactive since KRK’s arrest the previous week. The account wrote, “I am KRK’s son Faisal Kamaal,” in a thread of two tweets. In Mumbai, several individuals are torturing him in order to kill him. I just turned 23 and currently reside in London. I have no idea how to assist my father.KRK and Abhishek and Riteish are well-known for their friendly interactions on Twitter. The tweet received no instant response from the two actors. Two cases have been filed against KRK. On August 30, he was detained at the Mumbai airport in connection with his alleged disparaging tweets regarding a number of people, including Ram Gopal Verma and star Akshay Kumar. The former actor and film critic was later detained in relation with a 2021 molestation allegation that Versova police had filed against him.
KRK has been in limelight because of several controversies and his bold outnark against celebrities of bollywood. He never leaves a stance to target or spill his words on any personalities of bollywood. In response to his comments about Rishi Kapoor and Irrfan Khan. KRK was detained on August 29. Rahul Kanal, a person from the Yuva Sena, filed a complaint. According to accounts, KRK was detained soon after touching down at the Mumbai airport. For his disparaging remarks on Salman Khan, Mika Singh, and Aamir Khan, KRK has been in the news for a while. He has amassed a tonne of followers on social media thanks to his film critiques, which have now angered Bollywood directors. 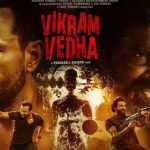