Just past few days back the trailer of Ali Abbas Zafar’s political web-series Tandav went viral on social media for its interesting and superb content and stellar star-cast where every actor is chosen so apt. However, another aspect of the trailer that got people talking all over was that they saw the interiors of the Pataudi Palace, the royal ancestral home of Saif Ali Khan. Talking about it in an interview Saif said, “I don’t mind giving it for shoots sometimes because it remains unused 340 days of the year. These days, film crews have become responsible and look after the venues, but [the idea of a shoot] still makes me nervous. Usually, I am more comfortable if they are filming around the exterior of the palace. But for Tandav, I made an exception. 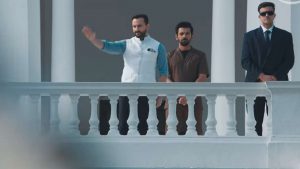