Yes! you red that right, the ‘Pari’ and ‘Drama Queen’ of Bollywood got trolled on social media. This time the reason behind this trolling is not Parineeti’s film or dress. The reasons behind this was Parineeti’s tweet about ‘Independence Day’.

Parineeti Chopra wished everyone ‘Happy Independence Day’ as many other celebrities. But Parineeti got late to wish Independence Day. Parineeti also posted video in her tweet. In this video Pari is hoisting our flag in water with her rumored boyfriend Charit Desai.It was 16 August when Parineeti tweeted about independence day. For this, reason users trolled Parineeti badly on social media.

Apart from this, Parineeti Chopra was last seen ‘Jabariya Jodi’ with Sidhart Malhotra . The film got good response from audience. Talking about the work front of Parineeti Chopra, she is currently shooting for her upcoming movie ‘ The Girl On The Train’ in London. This movie is the remake of super hit Hollywood movie ‘ The Girl On The Train’. In this movie Parineeti is going to play the character of widow woman who is alcoholic as well. 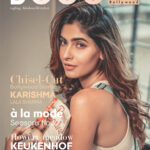