Tiger Shroff is yet back again, as a singer with his second single, Casanova. The song marks his debut on YouTube, and the excited actor took to Instagram on Wednesday to share his excitement with fans. He shared a short clip music video that shows him flaunting his abs and cool dance moves, The video had a caption which said  , “So excited to present our next single to you all! Hope you guys like it #Casanova is OUT NOW exclusively on my YouTube Channel!” In the video, Tiger grooves to his new song in all-white and an all-black outfits. Fans have given a thumbs up to the song, describing it as “amazing” and “superb”. 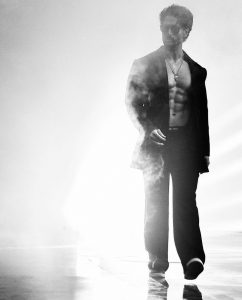 His debut song “Unbelievable” was also loved by his admirers. Talking about on the film front, Tiger currently has three releases lined up , “Baaghi 4”, “Heropanti 2” and “Ganapath”.