The popular Spanish television series “Elite” is translated into “Class,” which is set in a posh Delhi school. Ayesha Kanga, Chandan Singh, Moses Koul, and Zeyn Shaw are among the actors who appear in it along with Gurfateh Pirzada, Chintan Rachh, Naina Bhan, Chayan Chopra, Ciyawal, Anjali Sivarman, Madhyama Segal, Piyush Khati, and Naina Bhan. The teaser is something really connectible and very relatable too. Posh school, dream for many and we can see the high anticipation and highly involved students who are doing things which a normal school students just don’t even assume to do. So we are about to experience something really relatable and a very high class school drama which will involve all the benefits that a posh school students usually receive. Ajay Singh’s “Chor Nikal Ke Bhaga,” featuring Yami Gautam, Sunny Kaushal, and Sharad Kelkar, tells the tale of a flight crew and her business associate who set out on a quest to acquire diamonds in order to escape a loan shark’s grasp. The theft, however, goes tragically wrong and develops into a hostage situation at 40,000 feet in the air. Something really anticipated and very much awaited. The tale is really connectible. Yami’s character look really intriguing and strong. This teaser is something which has given goosebumps to everyone.
Seems like Netflix has a lot to be covered. Be it crime or thriller of romance, Netflix has never failed to anticipate and leave the viewers in something called neutral state. It always has made viewers experience all the livings. Many more crime and love triangle, romanticised drama alongwith twists are also ready for the release. Other than the mentioned teaser, Netflix also has the release od it’s most anticipated project titked “Mismatched 2” which stars Rohit Saraf and Prajakta Kohli. The season 1 had left fans in a mid way love story and now we are waiting to see whats left next. 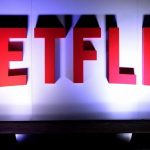 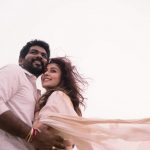