Bollywood actress Urmila Matondkar and Gujarat Patidar leader Hardik Patel on Sunday have addressed a Mega Youth Meet’ in Andheri. And has also interested with the youngsters, especially including the first-time voters. 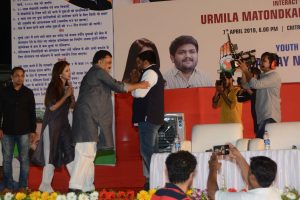 Patel has given his statement and said; “Farmers, businessmen, youth and the common people are distressed with this government. The BJP government has fooled the country during is tenure. After five years, instead of showing their report card, the BJP is instigating people. Till now, they are attacking the Congress, stating what it has done in the past 60-70 years, but they have forgotten history. While they were enslaved to the British regime, Congress was struggling for our Independence.”

Matondkar has recently joined the Congress in last month but both of them Urmila and Hardik Patel are very popular youth leaders and having popularity across regional lines. 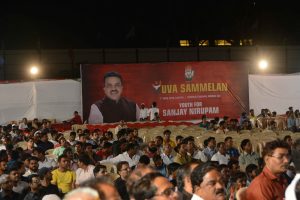 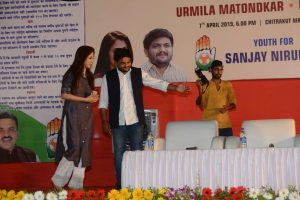