Urvashi Rautela will be seen in a fully action-packed avatar in her upcoming movie. According to various sources, the actress has also been learning Martial Arts for the same. 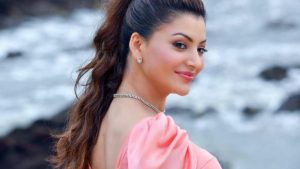 Urvashi is filled with enthusiasm for this upcoming movie and has also said that she is thrilled to be part of this film and is preparing hard for it. On her experience of learning Martial Arts, the actress said that it is really fun to be learning something new and adventurous at the same time. She also added that Martial Arts is kind of similar to dance because it contains choreography and is fluid which is cool. Any future details about the movie have yet not been disclosed.

On the professional front, Urvashi will be seen in a series titled “Inspector Avinash” which stars Randeep Hooda in the lead.