After the rumours of Shahrukh Khan making his digital debut on Disney+Hotstar with a web series now, Varun Dhawan is on the way to making his debut on the OTT platform Amazon Prime Video with a series as well.

According to the reports, the said web series is going to be an Indian version of the popular International series Citadel starring Priyanka Chopra. Citadel is an American drama series whose makers are Anthony Russo and Joe Russo, who are also the makers of the amazing movies from the Marvel Franchise; Avengers: Infinity War and Avengers: Endgame. 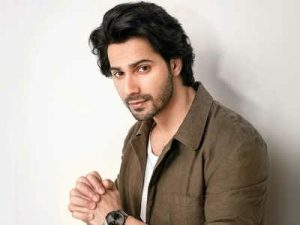 The concept of the series is an action-adventure intelligence.

The Indian version of Citadel will be directed by Raj Nidimoru and Krishna DK and will have Varun Dhawan in the lead role.

Amazon Prime Video to premier film ‘Saina’ from April 23 after a month of...

Anil Kapoor and Sonam Kapoor trolled for being “Shameless” on Arbaaz...