The rumours of a biopic to be made on prominent cricketer Sourav Ganguly have been doing rounds for a while now. Initially, it was reported that Karan Johar was the one to claim the rights to make the film, but now, it’s Luv Ranjan who will be making it. 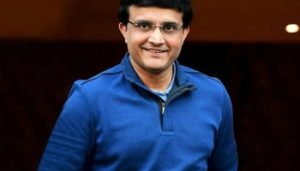 Although, Karan Johar had previously decided to cast Ranbir Kapoor as the lead in the film, but, according to the latest reports, Ranbir is not Luv Ranjan’s first choice. The filmmaker wants to cast either Vicky Kaushal or Sidharth Malhotra to play the role of Sourav Ganguly. Various sources have revealed that the makers have not even started off with the process of casting yet, having said that Luv is determined to cast either Vicky or Sidharth in the film because he believes that both of them would be perfect for the biopic.

Currently, the makers are working on developing the script. However, any official announcement about the project is still awaited.

Vicky Kaushal or Sidharth Malhotra to play Sourav Ganguly in his...