Uri: The Surgical Strike will be screened in theatres across 29 cities including Mumbai, Pune, Kolkata, Noida, Gurgaon, Chandigarh and Indore, on Republic Day. Theatres across India were allowed to re-open in mid-October last year with 50% capacity. While Bollywood is yet to release their major films in theatres, the exhibitors and theatre owners are trying to get people back to the cinema halls. Richa Chadha’s Madam Chief Minister was the latest film to hit the theaters on January 22.

The film will release in theatres across 29 cities including Mumbai, Pune, Kolkata, Noida, Gurgaon, Chandigarh and Indore, among other places.

However, this is not the first time that Uri: The Surgical Strike has been brought back to cinemas after its initial release.
Back in 2019, the film which had initially released in January made its way back to cinemas in July where it was screened in 500 theatres across Maharashtra on the occasion of Kargil Diwas.

In an interview Vicky  Kaushal had opened up about his experience while working in the film, “The biggest takeaway from the film for me was feeling very small as a human being after having lived an army man’s life. Vicky Kaushal is like a small identity. When I heard the stories of real life army men, what they go through every day, our problem feels so small, absolutely nothing.” 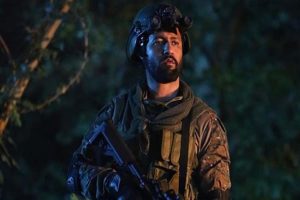 Uri: The Surgical Strike also won the National Awards in 2019 for background music, for sound design, and then for best director and best actor.