The action star of the industry Vidyut Jammwal’s upcoming project ‘Sanak: Hope under siege’ seems to be what everyone has been talking about for months now. The official trailer of the hostage drama venture launched on 5th October, Tuesday.  A trailer launch event for the same was also held, the lead actors of the movie Vidyut Jammwal and Rukmini Maitra were part of the event. 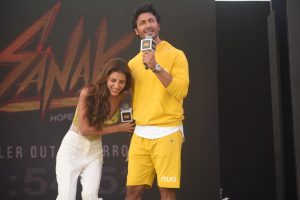 According to the latest reports, the action star performed his signature stunts in the trailer launch event for the movie minutes before the trailer was officially launched. Vidyut also revealed his feeling about the movie and shared his experience with his fans. 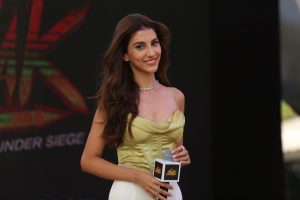 The film is directed by Kanishk Verma and stars Vidyut Jammwal, Neha Dhupia, Chandan Roy Sanyal and Bengali diva Rukmini Maitra in the lead roles. The film will provide you with an abundance of emotions and action at the same time. Vidyut will be seen protecting a hospital and the people in the hospital that have been held hostage. Sanak is produced by Vipul Shah. The movie is slated to release digitally on Disney+Hotstar Multiplex on 15th October.