Home Latest Buzz Vijay Deverakonda to set his mark in Bollywood, as Liger to get... The entire entertainment industry is acquainted with the fact of how Karan Johar feels about launching a fresh face on the Big Screen with his amazing movies. From launching Anushka Sharma in Rab Ne Bana Di Jodi to introducing three of the most hardworking and talented actors Varun Dhawan, Sidharth Malhotra and Alia Bhatt in Student of the Year, Janhvi Kapoor and Ishaan Khattar in Dhadak and Ananya Pandey in Student of the year 2. Karan Johar has always shown brilliant potential when it comes to introducing new talents into the industry, and he certainly has a knack for it. Rumours have it that Karan is planning for a massive release of his upcoming movie Liger starring the South Indian actor Vijay Devarakonda which is going to mark the debut of the actor in Bollywood. Some of the sources revealed that the last time Karan was this enthusiastic for the launch of an actor was when Varun Dhawan was going to make his debut. 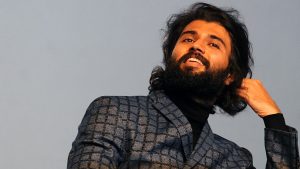 Speculations are being made regarding the strategies for the release of the Puri Jagannath directed movie, sources said that it is going to be bigger than any of Rajnikanth or Prabhas’s movies both of which are South India’s greatest actors.

Liger is set to be released on 9th September 2021.