A lot of speculation has been made on Sriram Raghavan’s upcoming project ‘Merry Christmas’ starring Katrina Kaif and Vijay Sethupathi. Recently, the news of the shooting being postponed yet again, did rounds. B-town fanatics also thought that the film might get shelved. However, we have got some scoop for all of you related to the project. Various sources have revealed that the main lead of the film Vijay Sethupathi has come forward and given some clarity about this upcoming project. The Tamil actor revealed that, the movie is definitely happening, there is no such conflict and the shooting will begin by the end of this year. 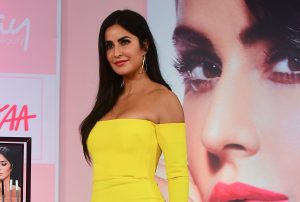 Talking about his co-star Katrina Kaif and director Sriram Raghavan, Vijay shared that he is happy with all the actors he has worked with, and believes that Katrina will be a wonderful co-star as well, he further stated that he admires and respects Sriram Sir.

Apparently, the shoot is being delayed because of Vijay’s busy schedule.