Home Gossips When Sanjay Dutt spoke about how a jail mate’s advice about ‘having... As you might be aware, Sanjay Dutt was serving a sentence in Pune’s Yerwada Jail, after he was convicted under Arms Act. After his release, he made an appearance on the reality show Entertainment Ki Raat Limited Edition. He spoke at length about the time he spent in jail and many other things from his life.

Talking about his time in jail, the actor spoke about how a jail mate’s advice about hope made it so much better for him. Talking to an audience member, the actor said, “Stop hoping. It’s a very difficult thing to do. We keep hoping for good things. One jail mate told me that if I stopped hoping, my jail period will be smooth.” 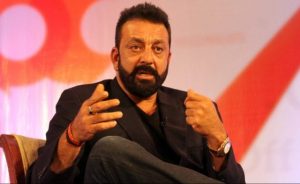 The actor also spoke about how much money he used to make in jail. “I used to make paper bags in jail. For one bag, I used to get 20 paise. I used to make 50-100 bags in a day. I made about 500 rupees during my entire jail period. I gave that money to my wife because I can’t get such an income from anywhere. Those 500 rupees were life 5000 crore rupees for me,” he said.

Sanju also spoke about how he was positive in jail. “If you just sit in the jail and keep cribbing about why things happened to you, it won’t work. You have to make even jail positive to learn from it. I used my time in jail to read mythology books like Ramayan, Mahabharat, Ganesh Puran and Shiv Puran. I also had a radio station in jail,” said the actor.

Well, that’s quite inspiring, isn’t it?