Ajay Devgan ,Amitabh Bachchan and Rakul Preet starrer Runaway 34 has seen a drip in the box office collection on Monday. The movie was released beside Heropanti 2 on April 29.The collection has been reduced by 20 percentage as compared to the opening day collection. The movie is predicted to work well on box office on the eve of Eid. The film’s collection was around 2.50 to 2.65 crores on Monday. It took a total of four days collection to reach Rs 15.60 crores. The film is showing a gradual rise in trend and it is hopeful that the film will do well on the occasion of Eid. Being the third directorial of Ajay Devgan, Runaway 34 is a true story of Jet Airways flight 9W 555 from Doha to Kochi . Due to severe weather and low visibility, the pilot, in this case Vikrant, was forced to make the hard decision of trying a landing that may go wrong in any direction.
The film has a gazzling star caste such as Ajay Devgan,Amitabh Bachan, Rakul Preet, Boman Irani ,Angira Dhar, Aakansha Singh etc. 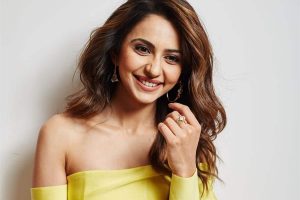 The movie also has a presence of Carryminati as a flight passenger.Before Runaway 34, Ajay Devgan has also directed other films like Shivay, U Me Aur Hum etc. The actor has done a tremendous performance in many of his movies be it ,Bol Bachchan, Once Upon A Time In Mumbai, Phool Aur Kante, Singham, Singham Returns etc. On the other hand Rakul Preet has done several movies in bollywood as well as in Telgu and Tamil Cinemas. Some of her latest release are Attack Part 1, Sarrainodu, Aiyaari. The actress has also worked with Ajay Devgan in De De Pyaar De. Amitabh Bachchan, the well known versatile actor is everyone’s favourite. He has given some major performances which still has an impact on audience’s head. Be it Pink, Chehre,Badla etc. Amitabh has always rocked his role in versatile manner. 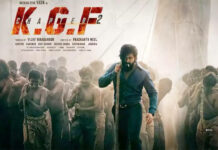