The most awaited song of Yo Yo Honey Singh and Singhsta uncovers the first look of their new song ‘Gaddi Nevi’.

We all know the craze of Honey Singh’s songs among youngsters and everyone misses his absence. Today the singer and rapper Honey Singh took to his Instagram handle and posted the poster of his upcoming song. Now, his fans are eagerly waiting for his new song.

Singhsta who is an Indian model, lyricist, actor and singer is collaborating with Honey Singh for the song ‘Gaddi Nevi’. 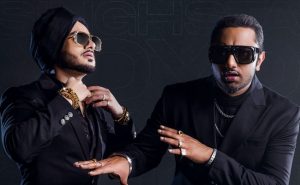 The music and lyrics are written by Singhsta and the song is directed by Mihir Gulati. Gaddi Nevi is produced by Bobby Suri and the song is presented by speed records and Bobby Suri. The song is slated to be released on 16th December 2021.