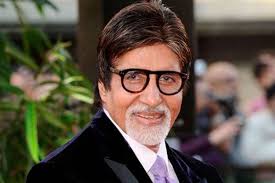 One of the powerful films of Amitabh Bachchan released in the year 1973 was the action-drama ‘Zanzeer’ co-starring Pran, and Jaya Bachchan in the lead roles. The film has completed almost four decades of its release but still holds a special place in the hearts of the fans.

In it Amitabh played a super cop role. On the special occasion when the film has turned 47, the actor took to social media and shared some memories.

Taking to Instagram, Big B shared a powerful poster featuring himself along with late veteran actor Pran. Captioning the post the actor wrote, “T 3527 – 47 years of ZANJEER .. !!”

Apart from this, he even celebrated 12 years of Bhootnath and shared a post with a caption, “12 years of BHOOTNATH .. kids still call me Bhoothnath Uncle .. but someone just discovered something amazing .. in AGNEEPATH my film there is a shot of me entering the prison and shooting dead one of the prisoners .. on the wall of the prison cell was written in chalk the word ‘भूत नाथ’ .. Agneepath was made years before .. how did this happen .. if you have a dvd or on net go to the scene and watch .. Incidentally that was my first shot for Agneepath !”

On the Bollywood front, Amitabh will next be seen in Ayan Mukerji’s ‘Brahmastra’ alongside Ranbir Kapoor and Alia Bhatt. Along with this, Big B will be seen with Ayushmann Khurrana in ‘Gulaabo Sitaabo’.