Suhana Khan, Khushi Kapoor, and Agastya Nanda are all scheduled to star in Zoya Akhtar’s next Netflix drama The Archies. Archie Andrews and his gang from the comic books will now be seen in an OTT film adaptation in India. The live action musical, directed by Zoya Akhtar, is set in 1960s India. On Saturday, May 14, the film’s first-look teaser and poster were released. Tiger Baby and Graphic India are funding the Indian adaptation of the legendary comics. On May 14, the filmmakers released a teaser introducing the cast of the film. The first look has the presence of all the stars of the movie wearing some cute yet attractive clothes. 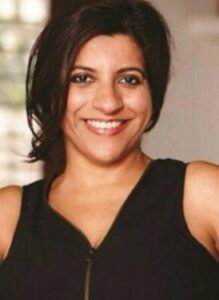 The official twitter account of Netflix shared the first look by saying us to be ready with baskets and the cutest of outfits. Alongwith the teaser the entire cast of the series was revealed. The mega star Amitabh Bachchan too, reposted the first glimpse by saying delightful words for his grand son Agastya Nanda. The movie also features Mihir Ahuja, Vedang Raina ,Dot and Yuvraj Menda.
Well speakimg of the characters till now it is revealed that Agastya Nanda who is the grandson of Amitabh Bachchan will be playing Archie Andrews , Suhana Khan daughter of Shahrukh Khan will be playing Veronica and Khushi Kapoor , daughter of Boney Kapoor will be seen as in the character Betty. Well this is the debut of thiese young lads of bollywood. Well they are the future of bollywood and now it has all started. The film is to be released on April 18. The film is directed by Zoya Akhtar and is jointly produced by Tiger Production and Graphic India. It will be great to see how this young generation of Bollywood will do on screen. Not to forget that these youngstera have already gained a massive huge following on their social media account.