John Abraham Manoj Bajpayee’s Satyamev Jayate and Akshay Kumar’s Gold are still making great earnings at the box office. The series of earnings for both films can have a bad effect on the new films released this week.

Two movies released at the box office this Friday are in the eyes of critics. Both films are important for specific reasons. One of them – Anil Sharma’s ‘Genius’, making ‘Gadar: Ek Prem Kath’ is about Sunny Deol and Ameesha Patel. Anil Sharma is launching his son, Utkarsh Sharma through this film. Second part of the second film ‘Happy again will run away’. Sonakshi Sinha is acting for the first time in this hit franchise. This film can benefit Sonakshi’s career.

For both films, the producers did not get much aggressive promotions. The promotion of Happy … was fairly good, but the genius did not get promoted in a way that pulled the audience to the theater for the film. At the box office there is no star in both films in the sense of stardom, which is famous for pulling viewers to theater in bulk.

Film Trade Experts also believe that due to low star appeal film ‘mouth publicity’ can succeed both at the box office. It is also said that the start of both will be slow on Friday. Friday evening shows the future of the film Given the success of the first film of the Happy Series, it is believed that on the first day in the collection case, the film will remain ahead of ‘Genius’. A report of ‘Financial Express’ will be split again on the first day in the middle of the collection between 2 and 2.25 crore rupees. In the same report, on the first day, the probability of geneus earning up to 1 crore has been expressed. Both films have been released along with multiplexes on the small audience of Hindi audiences. It might be the benefit of the film’s business.

Looking at the budget of the film, Happy 25 will be happy to run again on the first day. Happy again will run in about 25 crores. Apart from Sonakshi Sinha, there are artists like Jimmy Shergill, Piyush Mishra, Diana Penty and Ali Fazal. At the same time, the budget of Genius is being told between Rs 15-20 crores. Apart from Uttrash Sharma, Nawazuddin Siddiqui and Ishita Chauhan and Mithun Chakraborty have acted.

Challenge from Gold and Satyamev Jayate

But the biggest challenge before both of these films is Akshay Kumar’s Gold and John Abraham-Manoj Bajpei’s ‘Satyamev Jayate’. Both the films released on 15th August are doing great collections at the box office even after extracting their own cost. Their daily collection records are feared that Akshay and John’s films will prove to be effective on Friday’s release films. Many critics, however, will happily run away from a movie entertaining, giving the film a rating of 2.5 to 3.5. 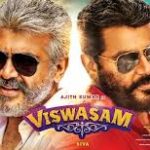 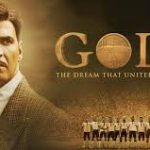