Akshay Kumar’s movie ‘Gold’ has outplayed John Abraham’s ‘Satyamev Jayate’ in the box office box war. In the case of Sixth Day Collection, Akshay has overtaken John. The story of the country’s first Olympic gold medal, the film has earned Rs 50 crore 10 lakh in the first day. With this, Gold has become the third highest-first-day film collection this year.

Sanjay Dutt’s biopic film Sanju at number one and Salman Khan’s Race-3 at number one. Talk about John Abraham and Manoj Bajpe starrer film Satyamev Jayate, the film has a business of Rs 20.52 crore in the first day. Although Satyamev Jayate’s business is less than gold, this film is not even behind the record. Gold has become the first ‘A’ certified film, which has so far earned the highest amount.

Apart from this, it is also John Abraham’s highest earning film so far in the case of First Day Collection. It can be said that both of the films got the benefit of being released on August 15. Satyamev Jayate has become the 5th highest grossing film of this year. In this list, Tiger Shroff’s film Baji-2 is at number four. 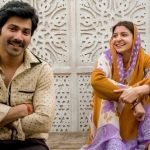