On July 29, the movie Ek Villian Returns, starring Arjun Kapoor, John Abraham, Tara Sutaria, and Disha Patani, debuted in theatres. The movie, a follow-up to 2014’s Ek Villian, did rather well at the theatres despite receiving mixed reviews from both the general public and reviewers. On its first day, the movie made Rs 7.05 crore at the box office. Factors claims that the movie is profiting from the “franchise factor.” Additionally it is also claimed that the movie performed better at mass-market theatres with single screens and tie-2 locations, particularly in major chains. But the movie needs to pick some steam, particularly over the weekend. Well seems like the team of Ek Villian Returns have got what they actually desired. The team was seen posing happily as they gathered for a celebration. Producer Ekta Kapoor, Srjun Kapoor , Disha Patani and director Mohit Suri was seen embracing a victory sign as they gathered for a happy get together. Arjun was seen in a simple yet stylish outfit of Black Tee and denims. Disha Patani who is known for her great style was seen in a sporty off shoulder top with rugged denim jeans and her face was glowing and the happiness of film’s success was clearly visible on her face.

Eight years following the incidents of its prequel, Ek Villain Returns depicts a new serial murderer who preys on women who have one-sided relationships.Fans have been extremely enthusiastic about the movie, and many moviegoers were able to see the inaugural day-first screenings. Soon after, they started tweeting about the movie. The majority of them described the movie as “nail-biting,” adding that it keeps viewers “hooked on every minute.” However we are getting mixed reviews on the film and as per expectation, the film is suppose to do well in comming weeks. Mohit Suri who is known for making romantic yet thrilling suspenseful action sequel has given his whole effort to make the sequel work as the prequel of the movie has left an immensely remarkable impact on audience’s heart. 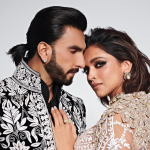 Ranveer Singh and Deepika Padukone graced the ramp for Manish Malhotra at Mijwan:-
Next Article 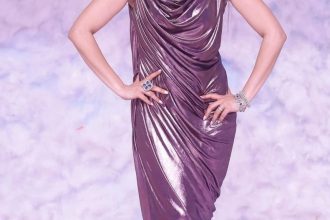