The crowd became very enthusiastic when it was revealed that Rashmika Mandanna will make her Bollywood breakthrough with Amitabh Bachchan. There was a tremendous reaction to the announcements, billboards, and teaser as well. However, the anticipation did not result in increased attendance at movie theatres. According to reports, the movie had a slow Friday opening. Although the producers have not yet provided an official number, early trade sources indicate that the movie’s box office performance was subpar. According to reports, GoodBye made between Rs 2-3 crore on its debut day. The movie appears to be suffering the same destiny as, amongst others, Jersey, Runway 34, and Jhund. These movies, which lack the graphic extravaganza of Brahmastra or Pooniyin Selvan, are performing poorly at the box office.

Amitabh Bachchan, Neena Gupta, Pavail Gulati, Elli AvrRam, Sunil Grover, and Sahil Mehta play major parts in the Vikas Bahl-directed movie. The Bhalla family portrays the theme of self-discovery, the value of family, and the celebration of life in all circumstances well in the story “GoodBye.” The narrative is endearing because it represents every Indian family that has ever promised to be stronger despite a beloved one being far away during the darkest time. The movie shows the chaos that results from every household grappling with the highs and lows, but it also subtly emphasises the need of supporting one another through it all.Sunil Grover, Pavail Gulati, Ashish Vidyarthi, Elli AvrRam, Sahil Mehta, and Shivin Narang are among the other actors who appear in the movie with Amitabh Bachchan and Rashmika Mandanna. The movie “GoodBye,” which was created by Ektaa R. Kapoor’s Balaji Motion Pictures in collaboration with Good Co., opened in theatres on October 7. Well we are waiting for further reports but till now the movie is showing just a slow progress. Let’s hope the movie takes over in upcoming days and weeks. 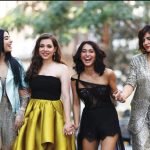 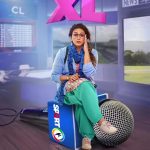