Ganesh Chaturthi, a 10-day holiday that starts on August 31, is also being enthusiastically celebrated by Bollywood and TV stars. Many people are going to Ganpati pandals to offer their respects, even though we only saw a few celebs bring their Ganesha to their homes. Shilpa Shetty as usual like every year this year also welcomed GANESHA to her home. Raj Kundra, Shilpa’s husband, was seen placing the idol in the home, despite Shilpa hurting her leg this year. Shilpa’s grand Ganesh Puja Celebrations had left every one of us in awe. We saw stars arriving at Shilpa’s place. Meanwhile, Rithvik Dhanjani also shared a photograph as he made his eco-friendly Ganpati idol at home. Shahrukh Khan had welcomed Ganpati into his home and had shared a glimpse on his social media. Neil Nitin Mukesh shared a beautiful family picture from the Ganpati celebration. Bharati has also welcomed Ganesh into her home and was seen playing with her son and making him bow down in front of the Ganesh murti. Sameera Reddy was also seen celebrating Ganpathi. Kapil Sharma shared a glimpse of his celebrations and wished fans the same.  Prince Narula and Yuvika Chaudhary too had welcomed Baapa and had twinned outfits on the eve of Ganesh Chaturthi.

Other than these celebrities like Alia Bhatt, Amitabh  Bachchan, Karan Kundra, Akshay Kumar, Priyanka Chopra Jonas, and Kareena Kapoor Khan had updated their stories and extended a heartfelt message to the audience. Everyone has wished for positivity and happiness. Sonali Bendre, Tushaar Kapoor and Isha Kopikar along with others have also welcomed Ganpati at their home. Just like other festivals Ganpathi festival is something which paints the whole of the industry. Seeing the celebrations we are just enjoying ourselves and we are praying Vighnharta will end all the problems this year. We also saw the latest new and different styles of Ganesh which had the replica of Allu Arjun whose Pushpa was a super hit. Viewers keep on watching and are happy after seeing the celebration. 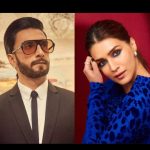