Making fans more excited the Koffee with Karan is back, not on television but on Disney Plus Hotstar. Since the first episode of the show was premiered fans went all Ga-Ga over the new concepts and games accompanied with sensual and hot gossips. As we know, the show is much about making celebrities accept the facts which they deny and reveal some of the hottest buzz from the industry. And now we have a recent update on the Koffee With Karan show and listening to this, you guys might go all in excited mode. Well Ishaan Khatter recently has taken over the social media and had dropped some amazing hot images of himself to which he added “Koffee Date With ……”. Well in the pictures Ishan looked amazing and attractive wearing a white shirts which had crimpsy prints paired with white trousers and formal brown shoes. He chose to have a clean shave look which went really well with the outfit. Well till now it’s not clear that Ishan Khatter will be accompanied by who. But what we are suspecting that may be Ishan can be paired up with Sidhant Chaturvedi or Katrina Kaif as they are his co stars in his upcoming venture titled “Bhooth”. Well we are awaiting for any confirmation from the team’s end. Ishan Khatter had made his coffee debut last year with his brother Shahid Kapoor. In Majid Majidi’s theatrics Beyond the Clouds (2017), Khatter played the lead part for the first time, and his portrayal of a drug dealer earned him the Filmfare Prize for Best Male Debut. His love drama Dhadak (2018) brought him his first professional breakthrough, and he has since acted in the British drama sequence A Suitable Boy (2020). Well if we connect, in the previous episodes of Koffee With Karan which had Ananya Panday and Vijay Deverokonda, Ishan’s name was taken. Karan Johar said Ananya that she and Ishan were dating to which Ananya didn’t say anything. Let’s see whether Ishan confirms anything about the same. 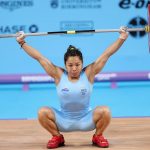 Bollywood celebs congratulate Mirabai Channu as she bagged the first Gold Medal for India:-
Next Article 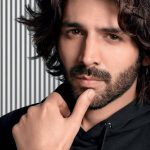 Kartik Aryan and Kiara Advani to collaborate once again. Deets inside :-