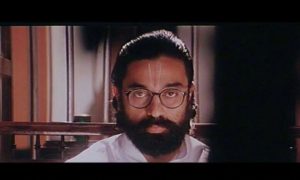 amal Haasan turned 65 on November 7 and his birthday was a grand affair. This birthday was extra special for the actor as it also marked 60 years of Kamal Haasan in films and October 2 this year was Mahatma Gandhi’s 150th birth anniversary.

As part of the celebrations, a special screening of the actor’s Hey Ram, which was directed by him, was organised in Chennai. After the screening, Kamal took part in an interactive session too.

Kamal Haasan revealed some anecdotes about the making of Hey Ram, which was the centre of several controversies back in 2000. The film follows the journey of Saket Ram, who tries to kill Mohandas Gandhi. Hey Ram is based on the partition of India and the consequences it had on people.

Kamal remarked that ‘finding Gandhi was a personal journey,’ and added, ” I’m nobody’s bhakt. There was so much halo around him, so I wanted to see the face behind it and I did find it. When I saw the photos of Gandhi and Nehru talking, I seriously wished I was there.”

Hey Ram won three National Film Awards and won critical acclaim in India and abroad. The film’s much-talked-about music was composed by Ilaiyaraaja. Revealing more about the soundtrack, Kamal said, “I initially approached another young person and he even recorded the songs. Mani Ratnam had discovered Rahman and I wanted to do something like that. However, the composer I hired had differences of opinion over the salary. I was in a dilemma – whether I should put my foot down and give in to his demands, or if I should take a righteous route. So, I had gone to Raja (Ilaiyaraaja) sir. He was courteous enough to not ask me why I didn’t come to him. He asked me what the problem was and I said that I had already spent so much money. He asked me what would I do in return if I reduced the expenditure on him. That’s how Ilaiyaraaja came on board.”

When asked if he thought he would get into politics when he made Hey Ram, he said, “In 2000, I didn’t have any idea about coming to politics. But, if you watch the film, you could see I wanted to. Politics isn’t a game where a person is clever. It is about doing something inimitable by lesser people. It’s about being honest.”

Hey Ram courted a lot of controversies because of the theme it dealt with. Addressing it, he said, “I felt furious when Marudhanayagam didn’t happen. That anger made me headstrong and wanted to work on Hey Ram. If I was not allowed to make one international film (Marudhanayagam), I would make this film (Hey Ram).”

Kamal Haasan concluded the session by saying that he was proud to have taken the risks as a filmmaker. “Many say that Hey Ram came ahead of time. But, it should have come earlier than 2000,” he said.

The interactive session was attended by Tushar Gandhi, the great-grandson of Mahatma Gandhi. He also played a minor role in Hey Ram.