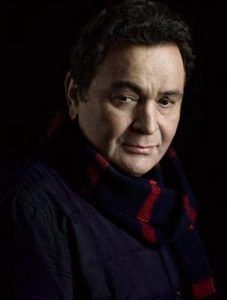 While the Deewana actor is as snarky as he has always been, his fans are in praise of the actor. They not only agreed on what Rishi said, but also shared their opinions on the issue. One fan wrote, “Celeb with spine. My fvt chintuji (sic).”
Another fan wrote, “Delhiites are superheroes, No oxygen, No protection, No justice, But we have Handsome Dy CM and Memelord CM (sic).” While another fan wrote, “Sir ji…apni Mumbai ko najar lag jayegi..?”
One more user wrote, “LoL…good one! Gali gali mein chor hai..jiski chaudhar uska zor hai..aam janta like always kamzor hai..social media pe hawai shor hai !! Lol”
Another comment said, “Tweet of the day!!! – With one Tweet you gave everyone a slap.”
Earlier, Rishi Kapoor took to Twitter to express his concern about Delhi pollution. Taking a dig at it, he wrote, “Breathlessness, palpitation, moist eyes… You’re either in love or in Delhi.”
The air quality of Delhi deteriorated for days after Diwali. On Sunday, the air pollution levels peaked at 14 times the safe limit causing all schools to be declared closed by the Delhi Government till Tuesday. According to the Central Pollution Control Board, Delhi’s 24-hour average air quality index stood at 494 at 4 pm on Sunday, the highest since November 6, 2016. A public health emergency was issued by Environmental Pollution (Prevention and Control) Authority (EPCA).
Rishi Kapoor had returned from New York after undergoing treatment for cancer. The actor was recently spotted at a dinner outing in Mumbai with his wife Neetu Kapoor, children Ranbir Kapoor and Riddhima Kapoor Sahni and granddaughter Samara Sahni.
admin November 8, 2019
Previous Article Ayushmann Khurrana reveals he’s a big fan of Aamir Khan: Met him on sets of Dangal
Next Article Kamal Haasan: I am no one’s bhakt. Made Hey Ram to see the real Gandhi