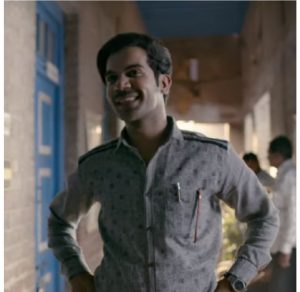 The first trailer of Rajkummar Rao and Mouni Roy starrer Made in China is out. And by the looks of it, the movie promises an entertaining ride with the talented star cast of the film.

The film’s plot revolves around Raghu (played by Rajkummar Rao) who wants to become an entrepreneur. And his rise to becoming a bigshot businessman is what we will finally get to see on the silver screen.

Rajkummar Rao seems to be in his element as usual, whereas Paresh Rawal plays his mentor of sorts in the movie. He is also accompanied by the likes of Gajraj Rao, Sumeet Vyas and Boman Irani in this journey.

The official synopsis of the movie reads, “What happens when you’re down and out, middle-aged and life gives you another chance to get it right? You go to China and bring back the ultimate Jugaad! Dinesh Vijan Presents in association with Jio Studios Made in China – Raghu’s unusual, comical, and entrepreneurial journey from a Nepali handicraft dealer to a millionaire, directed by Mikhil Musale.”

Made in China marks Musale’s debut in Bollywood. Musale is a well-known Gujarati filmmaker. Made in China has been produced by Dinesh Vijan’s Maddock Films.

Made in China will release this Diwali.